Why Laravel is the best PHP Framework of 2017 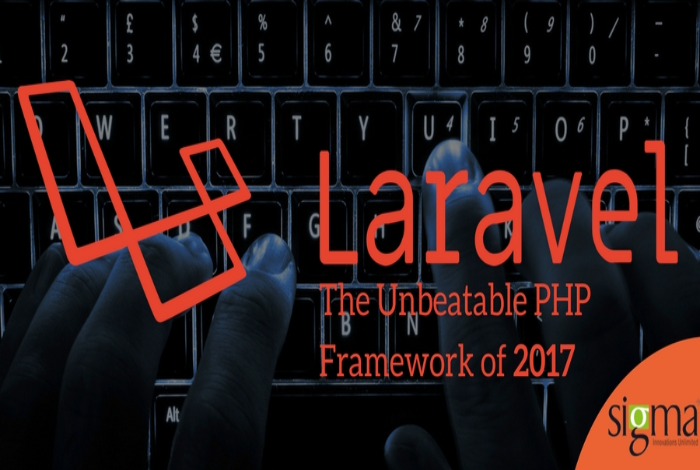 If you are wondering about some of the best PHP frameworks, then we would recommend Laravel. Many of top websites are built in 2017 are based on Laravel. With 33,356 stars on GIT till date, it is among the most popular PHP frameworks.

Let us understand why we think Laravel is an excellent PHP framework:

2) Object Oriented Concepts :– An important point which makes Laravel the popular PHP framework it is, is has Object Oriented libraries and many other pre-installed ones, which are not found in any other admired PHP frameworks. One of the pre-installed libraries is the Authentication library. In spite of the fact that it is easy to implement, it has many significant features, such as checking active users, bcrypt hashing, password reset, CSRF (Cross-site Request Forgery) protection, and encryption.

3) Artisan :– The key feature which Laravel offers is a built-in the tool named as Artisan. A developer has to usually interact with the Laravel framework using a command line that creates and handles the Laravel project environment. Laravel provides the fitting tool for command-line called Artisan. This tool allows us to perform the majority of those monotonous and tiresome programming tasks that most of the developers avoid performing manually.

4) MVC :– Additionally, the reason which makes Laravel the supreme PHP framework is, it supports MVC Architecture like Symfony, ensuring accuracy between logic and presentation. MVC helps in improving the performance, allows better documentation, and has multiple built-in features.

5) Application Security :– Nowadays, the importance of application security has emerged as a leading factor for companies. While developing an application everyone has to use some or the other ways to make the application secure. Laravel takes care of the security inside its framework. It uses salted and hashed password, which means that the password would never be saved as plain text in the database. It uses Bcrypt hashing algorithm for generating an encrypted representation of a password. Laravel uses prepared SQL statements which make injection attacks improbable. Along with this, Laravel provides a simple way to escape user input to avoid user injection of the <script> tag.

7) Profound Tutorials (Laracasts) :– Developers need to keep learning and evolving his/her knowledge constantly. Unlike others (Codeigniter, Yii, CakePHP etc.) Laravel offers Laracasts which features a mix of free and paid video tutorials that show you how to use it. The videos are all made by Jeffery Way, an expert and master instructor. He seems to have his finger on the pulse of the essentials and offers clear and concise instructions. The production quality is high, and the lessons are well-thought-out and meaningful.

8) Blade Templating Engine :- Blade is a simple, yet powerful templating engine provided with Laravel. Unlike other popular PHP templating engines, Blade does not restrict you from using plain PHP code in your views. In fact, all Blade views are compiled into plain PHP code and cached until they are modified; meaning Blade adds essentially zero overhead to your application.

9) Unit Testing :– Developers also like Laravel in the way it greases the wheel for Unit testing. Laravel is built with testing in mind. Testing with PHP UNIT is reinforced and included out of the box, and a PHPUnit.the XML file is already setup for your application. The framework also ships with convenient helper methods allowing you to expressively test your applications. Additionally, it performs several tests to make sure that any new update made by a developer does not unexpectedly break anything in the application.

10) Caching :– Caching is one of the important aspects of web development. Laravel provides a unified API for various caching systems. It makes it easy for us to switch out how we want to cache to be generated. It is extremely easy for us to switch out the drivers. The cache configuration is located at config/cache.php. Laravel supports popular caching backends like Memcached and Redis out of the box.

Development of a web application is an alloy of common and creative tasks. Fine developers like to do all these common work (repeating from project to project) in as little time as possible (without loss of quality) before starting to write custom functions. Web frameworks are tools that make it easier to solve regular tasks quickly with the point to focus faster on own application’s logic (creative tasks).

Not all frameworks are able to solve each of the described problems equally well. The Supreme web frameworks such as Laravel help developers to do it and this means that Laravel-based development will make software delivery on time and cost-effective. Besides, Laravel is scalable. Also, it is not a problem finding new developers as this framework is well-liked.