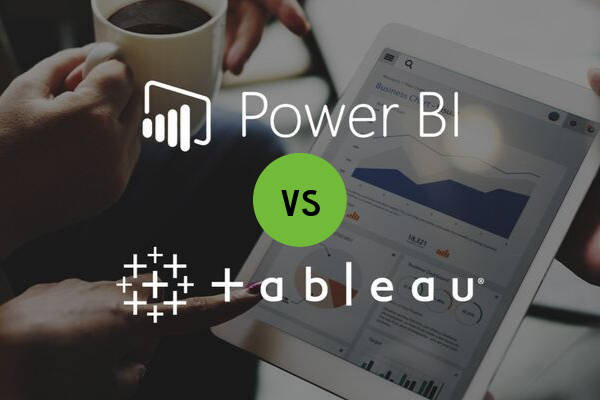 Talking about Business Intelligence and Data Visualization tools, Microsoft Power BI and Tableau are the standout performs among all the tools available in the market.

Microsoft Power BI is relatively younger as compared to Tableau but, with its features, it has grown out to be the closest competitor of Tableau. Both the tools have their own specific set of features to offer to the companies, the choice to choose one depends upon various factors. Let’s look at the difference in features offered by both the tools to make selecting the one for your company a less daunting task:

Before beginning with the comparison, let’s take a look at the Gartner’s Magic Quadrant which shows the picture of these tools performing in the market: 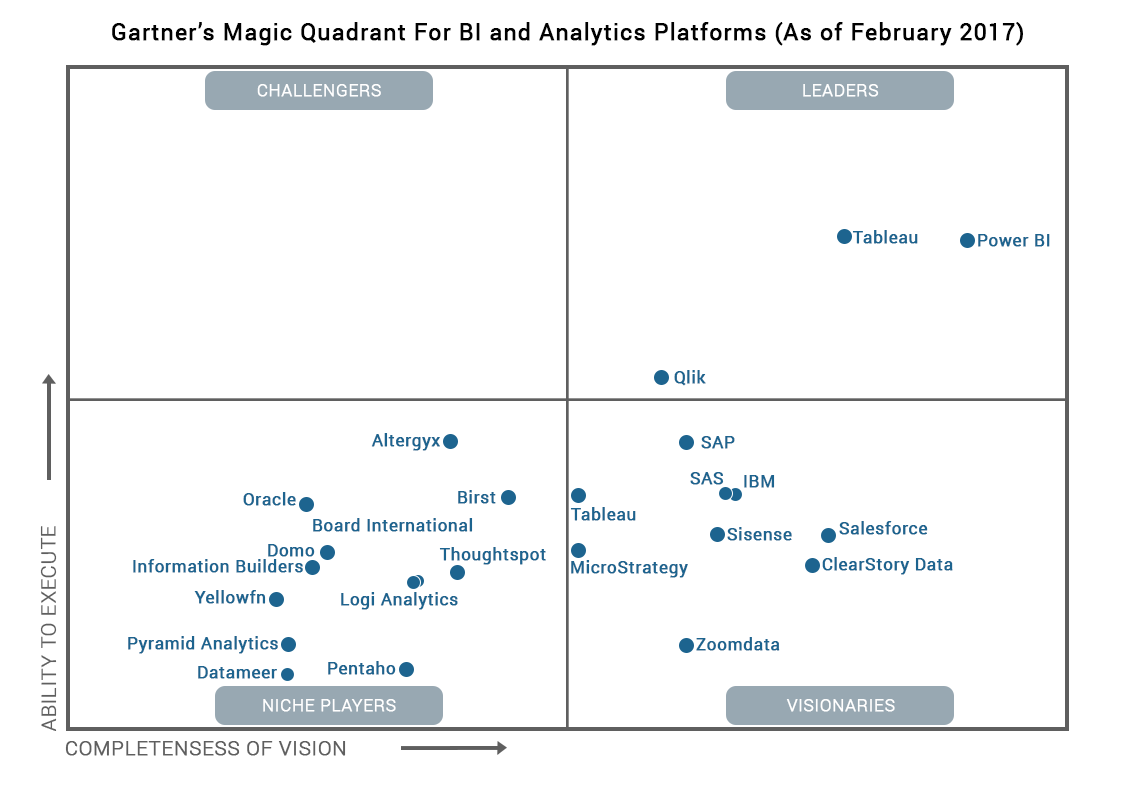 Data Capacity
In Power BI, each group can handle up to 10 GB of data. If the data is more than 10 GB, then the data needs to be in Cloud and if it is local databases, Power BI just pulls the data from there and does not import. On the other hand, Tableau works on a column based structure which stores unique values for each column. This makes it easy to fetch billion of rows within a few minutes.

User Interface
Another reason which makes Power BI a favorite tool is its intuitive interface as compared to the Tableau. Tableau has a slick user interface which enables the users to create customized dashboard easily. Power BI is much simpler to learn as compared to Tableau.

Integration
Both the tools integrate smoothly with third-party data sources. However, Tableau still can connect with more out-of-the-box third-party integrations as compared to Power BI.

Deployment
On comparing both, Tableau has more flexible deployment options compared to Power BI. Tableau has both on-premises and cloud options whereas Power BI is available only as a SaaS model.

Licensing
If you can pay upfront costs for your software, then Tableau can be the first choice else you can go with Power BI.

Machine Learning
Power BI is integrated with Microsoft Azure which helps in analyzing data and easy understanding of patterns and trends of the products. Tableau comes with in-built Python capacities which make it efficient to perform ML operations over the datasets.

Programming Tools Support
It is interesting to know that both the software connect smoothly with the programming languages. Tableau integrates easily with R language whereas Power BI connects to it using Microsoft revolution analytics and is available for enterprise users only.

Product Support & User Community
Both tools provide good support to its users and have good and active user communities. The user community of Microsoft Power BI is relatively smaller as compared to Tableau because of it being younger than Tableau but, will soon grow.

In simple words, there is no feasible comparison between both the tools. Power BI offers more of Microsoft’s architect related features which is a significant advantage, whereas Tableau offers self-containing data visualizations, and its advanced capabilities and scalabilities. Another factor that matters while selecting the tool is the budget of the company as there is a significant difference in the cost of both the tools.