Is AI the Key to a Brighter Future Ahead for Fintech? 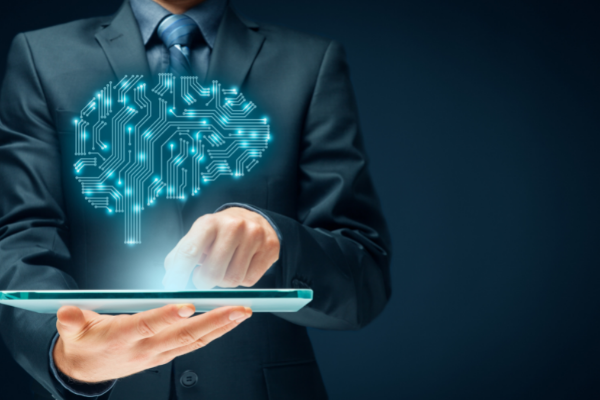 Fintech is one of the top 5 industries that have embraced Artificial Intelligence (AI) in its entirety. The financial industry was one of the first ones to have dabbled in the possibilities of integrating AI into operations and thus cut costs, add efficiency, and improve their existing strategies and policies.

Many large banks have budgets that sum up to billions of dollars and yet suffer from numerous process gaps and inefficiencies that cut into profits. AI has helped filling in those gaps by reducing errors, spotting process outliers, decreasing turnaround times and thus helping cut massive costs in a matter of minutes.

The finance and tech collaboration gave rise to fintech, which in turn did a lot in democratizing finance from a macro as well as, micro perspective. Right from giving smaller businesses and individuals access to quick financing at competitive interest rates to help connect people to platforms where they could make better use of their disposal income (P2P lending platforms).

AI has massively helped the fintech industry to date and it’s only going to get better. In this article, we will discuss the how and why of it.

The journey from finance to fintech

It is widely believed that fintech is a newly coined, largely modern term. However, the roots of fintech began to appear back in the 19th century. The period was popularly termed as Fintech 1.0 by fintech enthusiasts.

During the years 1886-1967, the act of getting money sent from one place to another using EFT via Morse code was an achievement in itself.

Then came the period of Fintech 2.0 (1967-2008) in which the world saw the rudimentary forms of fintech infrastructure taking shape. This occurred following the digitization of the financial space. Right from the foundation of NASDAQ to SWIFT, which allowed cross-border payments in large volumes. The later half of the 1990s also saw the first form of digital banking with the PayPal launch in 1998.

What we are seeing now is Fintech 3.0. The fintech space evolved massively post 2008, especially due to the subprime crisis that hit the financial sector like a storm it had not prepared for.

Fintech inched closer to AI with the understanding that making money transfer easy wasn’t the only objective of Fintech any longer. The subprime crisis brought in regulatory changes and strict compliances that led to wide gaps in the lending structure the world had earlier known.

With new regulations in place, traditional banks started showing increasing affinity towards larger corporations and enterprises that were able to stick to bank regulations, thereby leaving small and medium businesses (SMB) in a lurch.

Evolution occurs to survive any longstanding challenge. Similarly, this gap, along with the increased usage of smart devices and access to the internet led to the rise of fintech as we know it today.

Financial services were no longer restricted to banks and credit unions. Small lenders started extending financial help to SMBs through their streamlined, AI and ML-powered fintech tools. Tools such as loan origination software, easy underwriting, and loan disbursal, made it simpler for fintech lenders to offer better deals at competitive rates to borrowers in a matter of hours.

No longer did loan applicants need to queue up and manually submit application documents or make multiple trips to the bank for verification. Everything could be done online.

AI and Machine Learning (ML) play a major role in loan origination. At its crux, lending is a risk-ridden service. This acts as a huge growth barrier for both lender and borrowers. Whether a lender will provide a loan or not and that too at what rate of interest, depends largely on the creditworthiness of the applicant. Servicing a market with large population that was previously unbanked, accessing credit scores become a problem, hence lenders faced roadblock in the ability to churn out loans to masses and smaller businesses.

Big data and AI have stepped in to help solving this issue. Big data’s ability to take in information in any form and AI and ML’s ability to turn it into actionable insights has helped fintech lenders provide loans to previously unbanked borrowers at affordable interest rates. Alternative credit scoring allowed to bring in this much-needed shift in lending.

Looking further ahead at the Fintech-AI collaboration

AI will keep filling in the gaps in the Finserv and Fintech spaces. It will largely reduce errors, turnaround times, efficiently use Big Data to churn actionable insights to help democratize the financial services industry which is need of the hour. It will also help turn this largely product-centric industry into a customer-centric one by providing tools and solutions that offer bespoke financial products to customers based on their needs. What is built, and how AI evolves in the road ahead, is based largely on the response these products get from the market.

Keeping that in mind, here are some notable AI-fintech collaborations that will be seeing huge traction in the coming years.

Blockchain: If AI was giving finserv and fintech actionable insights, blockchain will bring in automation as we have never seen it before. Smart contracts that fulfill themselves upon meeting certain conditions, improved transparency in interactions and records that can’t be tampered with. These are just some basic features of blockchain that could bring a sea change in how fintech operates. Imagine streamlining something which is already streamlined to a great extent, pumping in more speed, accuracy, and access control; matters that are of great importance in the world of finance.

BaaS: Banking as a Service is a value network that helps financial service providers to streamline service delivery while ensuring that it is in complete compliance, with proper access controls and data security measures in place.

AI indeed has a big role to play in the bright future of Fintech. Going ahead, we will see open banking and Blockchain play a critical role in the evolution of fintech in the form of new products, services, startups and investments. Cryptocurrency and the foray into exchanges that honors digital currency, smart contracts, secure transaction records, and open banking or BaaS will help more people access the funds they need while we see the industry grow exponentially.